It was Saturday morning, I was getting my car fixed at Toyota motors, got an opportunity to talk to one of my close friends who lives in Quetta. As victim, we “Baloch” do not talk about parties, cricket match or fun and frolic but always end up talking about disappearances, killings and atrocities. My friend shared one the most gruesome incident of three sisters aged between 14 and 20 years old, two unidentified men on a bike threw acid at them and sisters suffered serious facial burns. As per reports political activists lodged protests and every one in Balochistan condemned this gruesome act. Few weeks ago an unknown group The Baloch Ghairatmand Group (The Honorable Baloch Group) claimed the responsibility. We fail to understand whose honor is this to throw acid on innocent girls; such acts in Balochistan had never been witnessed in the past. Another interesting story I came across, majority of people in Balochistan believe that anti Baloch groups are behind such action, goal is to malign the Baloch struggle for economic & political rights “for some its freedom struggle” As per BBC report, “same group warned Baloch women to wear hijab “head scarf” and not to visit markets unaccompanied by men from their families”. Historically, Baloch society had been tolerant, religion had always been part of culture, most of them honor BALOCH HONOR CODE. Politically Baloch have always been secular and leaning towards left during cold war. It is lament to see acid attack and women are forced/warned to wear hijab. Lately, I came across a report published in THE NEWS/Daily Tawar/Blogs, it says that “as per plan religious groups are deeply penetrating in Baloch societies to malign present political struggle and leave ugly footprints” ( also read Malik Siraj's article on same subject titled How Panjgur is losing the battle? ) I am not sure how true it is but people in Balochistan fail to buy the claims of so called The Baloch Ghairatmand Group (The Honorable Baloch Group). Whoever is behind such attacks, it is states’ responsibility to provide security to daughters of Pakistan. Is anyone listening??? Knock knock !!!!!
on May 15, 2010

Email ThisBlogThis!Share to TwitterShare to FacebookShare to Pinterest
Labels: Women

Baloch Nation is known for its characteristics of being secular and progressive. In Baloch society women and non Muslim always enjoyed equal rights and were given due respect. In Baloch tribal code a Women is given so much importance that if two parties are at war and a women passes by or request to stop the war, both parties are bound to stop the war immediately. Similarly the non Muslims were protected against the Punjabi revolters during the 1947 partition of Indo-Pakistan by the Baloch.

Pakistani establishment and Intelligence agencies are continuously working on the Islamization and Thalibanization of Baloch Society in order to achieve dual benefit out of it i.e.

i. Undermine the claim of Baloch Nationalists in Pakistan and internationally by strengthening their natural enemies i.e. Islamic Radicals/Taliban
ii. Establish sanctuaries for the production and recruitment of Jihadis and Extremists to be used for International Jihad Supervised and managed by Pakistan’s wicked intelligence agency the ISI.

The attempt show Baloch Society infected with Islamic extremism is mainly important for what such accusations are trying to achieve politically: they could serve to mobilize international support for Pakistan, particularly from the United States, and neutralize opposition to a Pakistani military intervention. The charges are part of a larger effort to discredit Baloch nationalism. They should be seen alongside Pakistani attempts to use the specter of Islamism to undermine the claims of Baloch nationalism in Pakistan and internationally.

In past few years the activities of “Islamic Thabligi Jumaat (Islamic Preaching’s Group)” has increased in Pakistan which is the main catalyst for the spread of Islamic extremism in the region. One finds it surprising that the preaching activity of the “Tabligi Jumaat” are increased in the areas of Balochistan where the Pakistani military finds more resistance from the nationalist forces, hence using the tool of religion to undermine Baloch nationalism is frequently used. Just as we witnessed after the murder of Ghulam Muhammad Baloch and Companions, nationwide revolts against the occupation forces started, the “Thabligi Jummat” also started their large scale preaching processions in the areas where the tension was more severe like Pangour, Turbat, Khuzdar & Noshki, but no such processions were held in calm areas like Naseerabad, Jaffarabad, or Kharan.

It’s the time for the Baloch Nation and the nationalist forces to drive a strategy to counter the efforts of the enemy to radicalize the Baloch Society as well as combat the forces spreading radicalism and those behind crimes against women & marginalized groups of Society.

Americans are showering pokistan army and its ISI with dollars as usual, since last 62 years thats where Pakis get balls to attack Baloch people. Balochs have to fight their own war against Pakis and ayatollahs of iran, this war is not new for Baloch, we are fighting this war on terrorism longer time than that of USA.
We would have won this war long time ago if American stop helping Paki Nuclear Mafia Army and ISI.
LONG LIVE BALOCHISTAN

smh
you can call yourselves balochs or pakistanis but what will you answer to God? Will you baloch infront of him or pakistani? You will be nothing infront of him but either a believer or non-believer. Stop fighting/blaming your own brothers and live life with your fellow muslims.

This is not an insult or warning to you; but just an advice from a just man.

The real issue here is not the fact that if u are a baloch or a muslim or a pakistani the issue is No matter what u are there is just no justification for throwing acid on women. It is sad when a man can't prove his identity without burning a woman.

Maybe i am a woman that is why to me the highlight isnt who s baloch or not but just the fact three beautiful women were mutilated... i think the honor was abt protecting them. Isnt that what the mythical chivalry was all about.. who is defending their honor?

^the whole post just states one sentence about the acid incident and then just wanders off to whole different subject; i dont think this was written to promote the rights of those women :T

I am a Baloch and if presented in front of Allah he will also recognise me from my Blood line, beside my religion.

now coming Back to the topic, Imran wrote a blog which was sort of a condemnation of the brutal incident. I post my views as to highlight the background of the incident.

We both condemned the attacks over women whether acid attacks or honor killings cannot be justified.

Acid attack or treatning letters to schools and school kids, its all evil acts of evil doers ie Paki army,ISI,MI, they know their days are numbered in Balochistan.
@ captin you will find out soon that your God will help us to get rid of your terrorist army and ISI INSHALLAH Ameen.

@ anonymous - wow ur worster then the taliban; atleast those @ssholes consider themselves to be pakistani, ur just ungrateful and ignorant who sees race over religion

Religion and Politics should be kept separate or the result would be as disastrous as the civil war of Beirut.

@ bijjar - or as successful as the saudi kingdom

We Balochs are secular people not a$$holes like taliban who don't know for what they are fighting for for pokistan, for Afghanistan OR for Islam We respect our womens we will not allow these kinds of brutal acts of ISI , MI and pokistani intelligence egencies in our lands!Proud to be Baloch!Proud of you Bijjar Baloch! 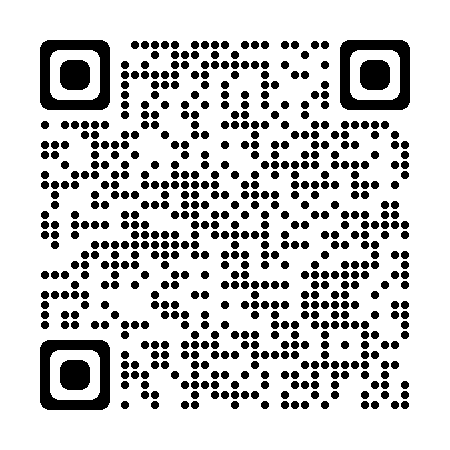